In South Africa every car that is sold must pass a roadworthy test before it can be registered and licenced in the new owners name. In the past only municipalities and local authorities were allowed to perform this test. A few years ago the government expanded the programme to include private firms. Their charges are a bit more expensive than the government testing stations, but the service is far superior. One of the better and bigger companies is AVTS (Airport Vehicle Testing Station). There are many new firms all over the country and this has taken a lot of strain off the old municipal stations.

The inspectors have to undergo training with the SABS (South African bureau of Standards) who run regular inspections on all these stations to ensure that they are complying fully with the legislation.

It is advisable to have your vehicle’s engine and chassis steam cleaned before sending it in for testing. If you want to irritate an examiner, send in a dirty car. Much of the focus is on safety items, so make sure your brakes, handbrake, lights, steering etc. are in sound condition before the test.

Should your vehicle fail the test, you are allowed one free re-test within a period of  14 days. If it fails the second test, you will have to pay for a fresh test. Once your car has passed roadworthy, the certificate is valid for a period of 60 days.

The law provides you with 21 days in which to register a car on your name. Failure to comply will render you subject to penalties. At the time of writing the roadworthy certificate remains valid for a period of 60 days.

Should you have your vehicle tested, you will not be issued with a physical certificate, but the information will immediately to uploaded onto the NATIS system (National Traffic Information System)

It is advisable to take the vehicle’s registration documents with you to simplify vehicle identification at the testing centre. Should any details like the engine or chassis number differ to that recorded on the registration certificate, the vehicle will have to go for a SAPS Clearance (South African Police Service) 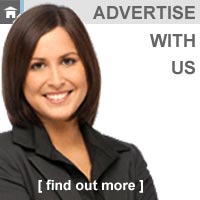